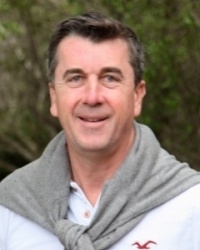 Dr. Philippe Benoit since many years is taking care of the horses of french team, competing in the show jumping. Earlier as a french team doctor. IO in the years 1992 - 2000, now as a consultant, he cares about the health and the best form of elite sport horses during competitions, training and rehabilitation. From his experience also benefit other national teams, including US and Saudi Arabia (the team doctor during the Olympic Games in London 2012). In 1989 he graduated from the Ecole Nationale Veterinaire d'Alfort, and two years later became a university teacher in the field of exercise physiology and nutrition of sport horses, being involved in several research projects conducted by the Ecole Nationale Veterinaire d'Alfort. Dr. Benoit founded Clinique Equine des Bréviaires in 1993. The range of services of the clinic is primarily orthopedics, sports medicine, and internal medicine. Doctors working in the clinic have big experience in the prevention, diagnosis, treatment and rehabilitation of lamenesses and "poor performance" syndrom. As a rider has won the French University Championship in WKKW, in 1991 and 1992 and the 5th place in the University World Championships. Very strongly associated with FEI (a member of the FEI Veterinary Committee) and the co-founder of ISHVA. Dr. Philippe Benoit prefers teaching in a highly interactive environment of open discussion and exchange of ideas. Every year he conducts many lectures and workshops around the world on topics related to lameness in horses, using ultrasound in orthopedics and any other areas of sports medicine in horses.