New research done by scientists from the University of Sydney 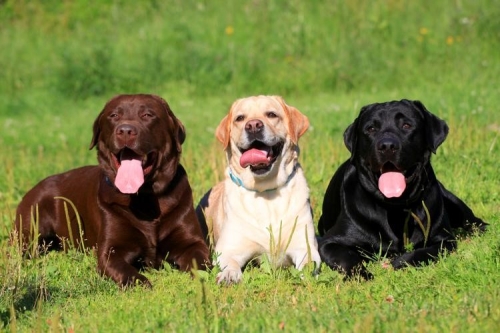 proves, that chocolate Labradors tend to live shorter than their yellow and black counterparts.

Labrador retriever is now considered one of the most popular breed of dogs in the world. In fact, it was the most commonly registered breed in the UK in years 2016-2017. Despite many scientific reports about predisposing factors to various diseases, the accurate data representing whole population was lacking.

In the described study, analysing data from more than 30 thousand dogs, the most commonly occurring diseases were, regardless to the colour of the coat, overweight and obesity, otitis externa and degenerative joint disease.

The study has shown that dogs with chocolate coat are more likely to live shorter than their yellow or black counterparts. What’s more, they are prone to have skin or ear diseases. In the mentioned study, the prevalence of otitis externa was significantly higher and the prevalence of pyo-traumatic dermatitis was more than twice as high in chocolate dogs than in non-chocolate ones.

Described correlation could result from careless crossing of the dogs to achieve the desired colour pigmentation - chocolate in that case, which is expressed by the recessive gene. The gene must be present in both parents, so breeders restrict the gene pool, proportionally increasing the rate of genes involved in ear and skin conditions.

Analysing the results from this study, there is a need to reform the priorities to improve health and welfare within the breed, and also to share the awareness about the needs and consequences of the specific trends in breeding around the owners, future owners and breeders.