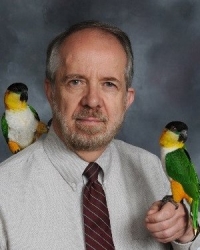 Dr. James W. Carpenter has been a clinical and research veterinarian for 39 years in the field of exotic animal, wildlife (including endangered species) and zoo animal medicine (oversees or has co-overseen the veterinary care at three Kansas zoos).